Melbourne – One of our favorites so far…

Arriving in Australia, Melbourne was a city we immediately fell in love with. The second city of Australia, Melbourne has it all. Great food, a sweet downtown, an awesome sports scene and a hip-chic apologize for nothing attitude. After Seattle, perhaps nowhere else has a stronger coffee culture than Melbourne. Awesome authentic Asian food is available on every corner, while the meaning of farm to table is reinvented throughout the many cafes that pride themselves on great ingredients.

On a walking tour of the city, we found this sweet bar built in the river that separates the city; it was beer-thirty so we had to have a drink. 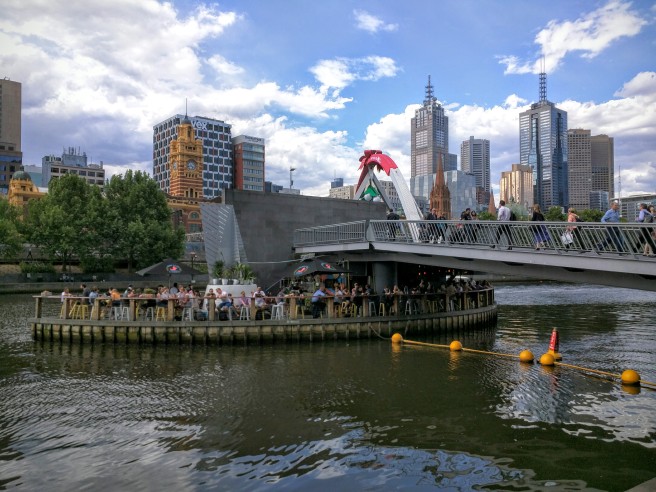 We stayed a bit outside of the city in Northcote, just on the outskirts of the very trendy Fitzroy neighborhood. With a thriving and creative food truck scene, our Airbnb host recommended we checkout Welcome to Thornbury, a permanent bar that hosts 4 – 7 food trucks a night. A great spot for a dinner that included a kangaroo burger and Korean fried chicken.

On a recommendation from a local, we stopped by Boilermakers, a beer and whisky joint. The bar features over 600 whiskeys from around the world; they even stocked Colorado’s own Stranahans. 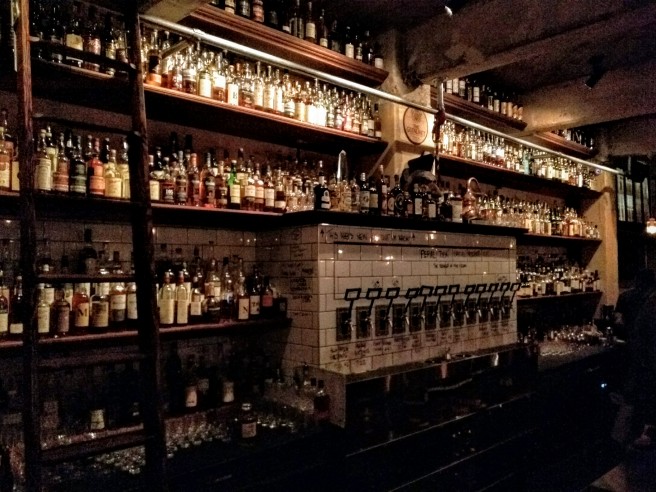 Our last night in town, we visited the famous Grand Victoria Market, which on Wednesdays host hundred of pop up restaurants and food vendors along side the normal artisans and craft shops. Kristin bought Dan a belated b-day present, a beautiful Kangaroo leather messenger bag. 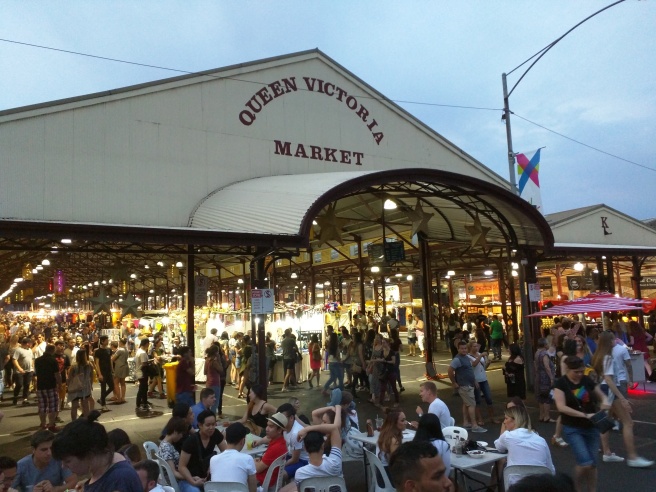 We only spent 4 days in Melbourne, but we were sold. One of the few places we’ve been on our trip that would potentially pull us away from Denver if an opportunity comes along. Its unfortunate that the Chinese have run up in property values so much living in the city is unaffordable.

Sydney – Get in, get out

Okay, so honestly we sacrificed our Sydney trip for timing. We only spent a day and a half in Sydney. Basically we crushed a visit to the opera house, took a boat cruise to Manly beach, bought a didgeridoo and got out of town.

We know we’ll be back, so we’ll catch the rest of the city next time.