So Iceland has some pretty neat things to see. Including a giant waterfall (Gullfoss), a mini Old Faithful (Geysir), and a super sweet church (Hallgrimskirkja)..yea say that five times fast. I would also like to point out that the people in Iceland have an amazing sarcastic sense of humor. Most of their signs and advertisements say some pretty funny things for example there was a juice by Froosh called “More Bite than Suarez” which is funny even though Dan had to explain to me that Suarez is the futbol player who apparently bit a bunch of people during futbol matches (which is so gross/creepy). Also please notice my use of futbol instead of soccer because I’m becoming “european” whatever that means. 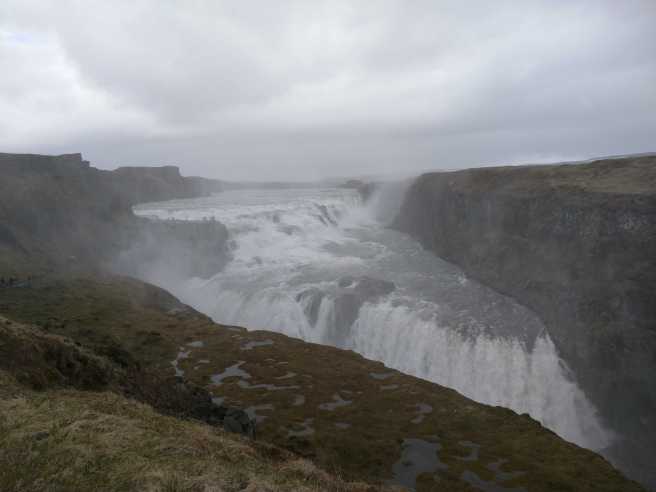 Dan & Kristin at Gullfoss..you can see it is a little wet there. Tip: bring a rain coat and hiking boots. 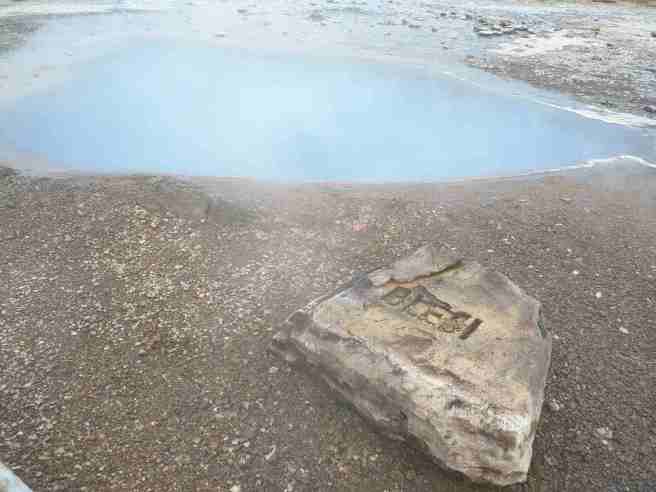 Geysir- Well this isn’t actually Geysir..that is the geyser and actually Iceland is where the term geyser comes from. This is a picture of an awesome colored, very, very, hot pond near Geysir. No touching. 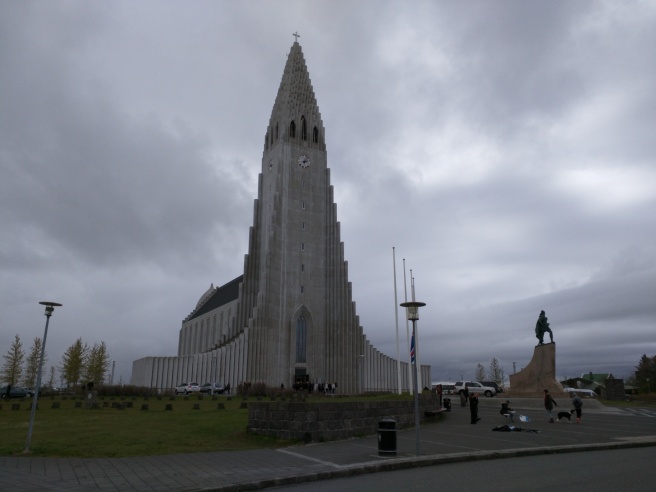 Hallgrimskirkja – Awesome church that overlooks Reykjavik. Also see the statue out front? That is Leif Erikson. There is a ginormous organ in the church and we were able to sit in the church and watch a guy get down on the organ and by get down I mean play a pretty neat organ tune.

Chuck Norris Grill with amazing Chuck Norris quotes on the door like “Chuck Norris once kicked a horse in the chin. Its descendants are known today as giraffes.” And no we didn’t eat here although they apparently have good hamburgers. Oh and I forgot to mention, the Icelandic love their hamburgers. But who doesn’t love a good burger?

Wall art on how to tie a tie. Dan took this so he could “remember how to tie different types of ties” because yea he is also going to remember to look at this picture once every two years he needs to tie a tie..

So some more tips on Reykjavik:

-Dress warmly and bring a rain coat. This place is not warm..so dress accordingly.

-Spend the $ and see Gullfoss and Geysir. They are awesome.

-Stay in City Center. That is where everything is all of the shops, restaurants, bars etc. and it is super easy to walk around!

Well thats all for Iceland. Next post will be about Barcelona..off to Espanya!!

One thought on “Reykjavik, Iceland (Part 2) – Gullfoss, Geysir, and Hallgrimskirkja”